Autosubmit launches and monitors experiments on any platform used at Earth Sciences Department. A general description of the goal of Autosubmit, how it works, how to install on your computer, user's manual and documentation is available here.

Autosubmit is a Python-based workflow manager to create, manage and monitor complex tasks involving different sub steps, as scientific computational experiments, which may be executed in one or different computing systems, from HPCs to small clusters or workstatoins. Autosubmit is able to orchestrate the tasks composing the workflow while respecting their dependencies and handling errors. It allows to runs different types of experiments, with one or several startdates and ensemble members, allowing to pack different tasks so to better use the resources.

Autosubmit has been used to manage models running at supercomputers in BSC, ECMWF, IC3, CESGA, EPCC, PDC and OLCF.

Autosubmit is the only existing tool that satisfies the following requirements from the weather and climate community:

And some of its highlights are: 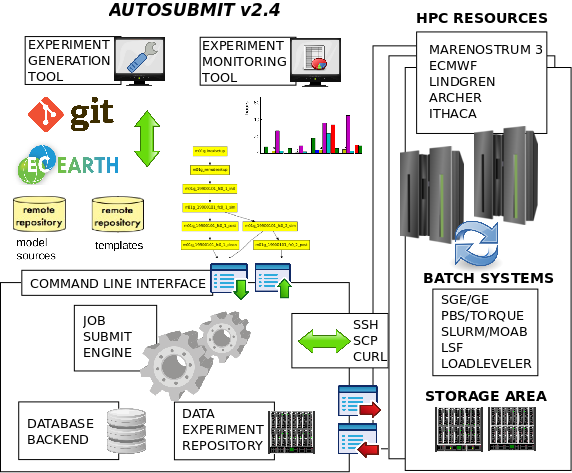 Autosubmit has been tested with the following Operating Systems:

Which version should I use? (CES recommendations)